People love to talk about bicycles 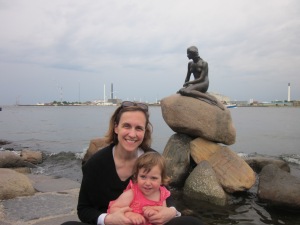 Unable to stop talking about bicycles since July 2011

I have found that I need to be careful when asking people about their bicycles, particularly as a way to make conversation, unless I’m sure I have some time available. Unlike many topics, the topic of bicycles inspires long-winded stories from even the most reserved people I know. I am, of course, no exception.

Example #1: My son’s school principal is a wonderful man in many ways, warm and caring. But he is not particularly chatty and hates public speaking, two quirks that have probably kept him from applying his prodigious talents at one of San Francisco’s more renowned public schools.

Some other parents have mentioned that he sometimes rides his bike to the district office at Civic Center to avoid the nightmare that is parking down there, and when he held the door for me as I was leaving the school one morning after dropping off my son, I asked him if he still did that. Oh yes, he said, and he was off. He told me that he used to commute by bike exclusively, until recently one of his sons decided to stop driving and donated his car back to his parents. “I’ll admit it’s faster for me to drive,” he said—true in his case because he’s arriving to open the school every morning well before 7am (ours is an early start-time school). 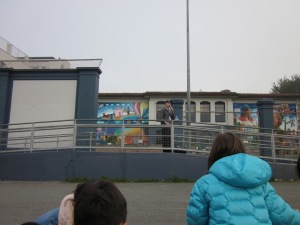 But the story he really wanted to tell me was about his old bike, which he kept in the school yard before the bike racks were installed, “a total junker” covered with rust and just functional enough to make the run down to Civic Center and back. He evidently kept the bike unlocked in the yard for almost two years, until recently it was stolen. “Someone must have spent two hours sawing through the fence to steal my bike, which was worth $20 at most! It was complete junk!” He was amused and so was I.

This conversation was more than twice as long as any other I’ve ever had with him, and he seemed unaware that he was holding the door open for me the entire time, for over 10 minutes.

Example #2: My department is spread across multiple campuses, an inconvenience that allowed our dean to negotiate some prime real estate for our operations on many of them. Recently one of my colleagues moved from another campus over to ours. She is an unassuming person who quietly controls several million dollars in federal grants and has published hundreds of papers, and until last week I knew virtually nothing else about her.

I saw her after she moved in last Friday, and complimented her on the small sculpture of a tandem bicycle on her desk. It turns out that she is a serious touring tandem cyclist, and she and her husband have ridden their bikes on trips across multiple continents (I didn’t even know she was married). She had many excellent photos of their rides over the last several years.

When I mentioned we were interested in riding with our children, she immediately rattled off the names of two rental agencies in the Bay Area that offered adult tandems, and volunteered to look up the names of the stores where they had purchased their bikes, “They all offer test rides! That’s how we figured out we wanted to buy one. Some of them must have kids’ tandems. I will ask the next time we’re there.”

Transportation is a topic that never gets old; we all have to go places, just as we have to eat and sleep. But most of my conversations with my colleagues about transportation involve my nodding politely and commiserating about their difficult drives from the suburbs to San Francisco. “It takes me an hour to drive across the bridge most days, but it’s so much better than when I lived in Houston and drove three hours to work each way!” Conversations like this eventually make me want to gouge out my own eyes. I’ve found I’m pleased to spend some unexpected extra time talking about riding bicycles instead. Bicycles make people happy.

One response to “People love to talk about bicycles”